If your scripts fail to run, this is most likely an issue with the macOS Security and Privacy Preferences. You should be able to remedy this problem by doing the following -

If you are encountering issues running the PDFMarkz scripts from within InDesign because you are unable to manually add InDesign to the Privacy – Automation area, please checkout the following video that shows a workaround by using an older version of InDesign to automatically make the entry for you.

*Hint – If you need to load InDesign 2020 on your system, you may want to consider keeping it loaded as based on history, Adobe now only allows the currently released version of InDesign and the previous version of InDesign to be installed through your Creative Cloud application. 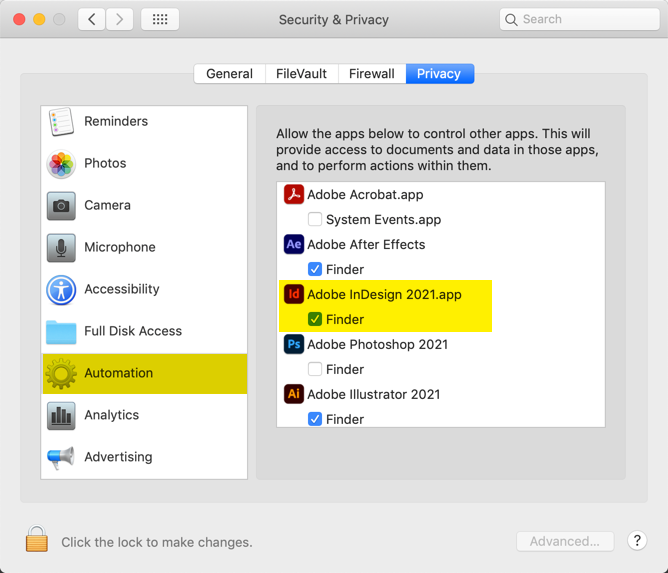