Sometimes PDFs when viewed show a bunch of tildes (~) instead of actual text. The situation occurs when fonts contain unknown “glyphs” or shapes that represent a character. Adobe Acrobat Pro or DC contains what is known as OCR technology (OCR = Optical Character Recognition) which scans the shapes and then attempts to match them up with known letters.

PDFMarkz does not contain an OCR engine and thus you see the Unknown Characters Editor window popup. When it does pop up, you have a few choices of what you can do. (Some choices are much better than others) 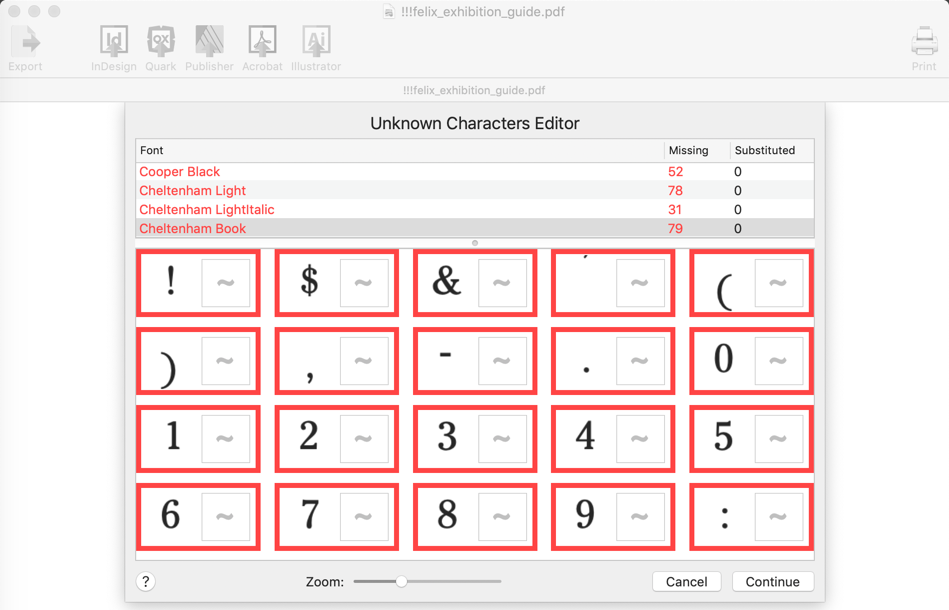 First – you can always click on the Cancel button. This will close the Unknown Characters Editor window and also close the PDF you were trying to open. This will not replace any of the tildes with known characters.

Second – You can click on Continue WITHOUT editing any of the Unknown Characters. This will in 99.9999% of cases bring up a preview of the PDF with a lot of the text replaced with ~’s. (not the best choice to make) 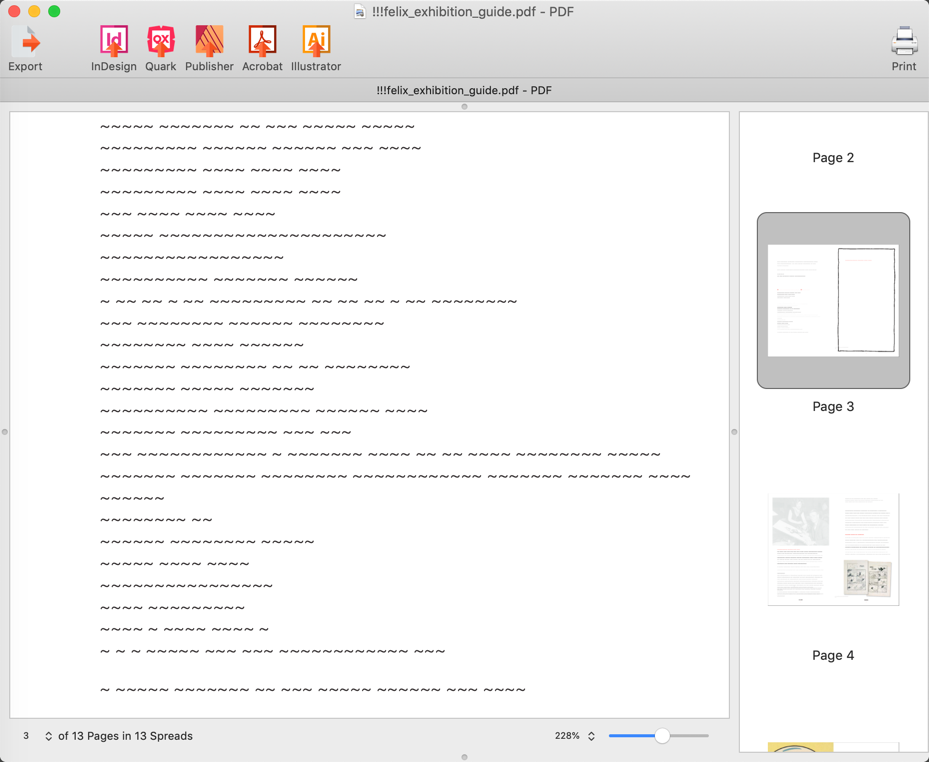 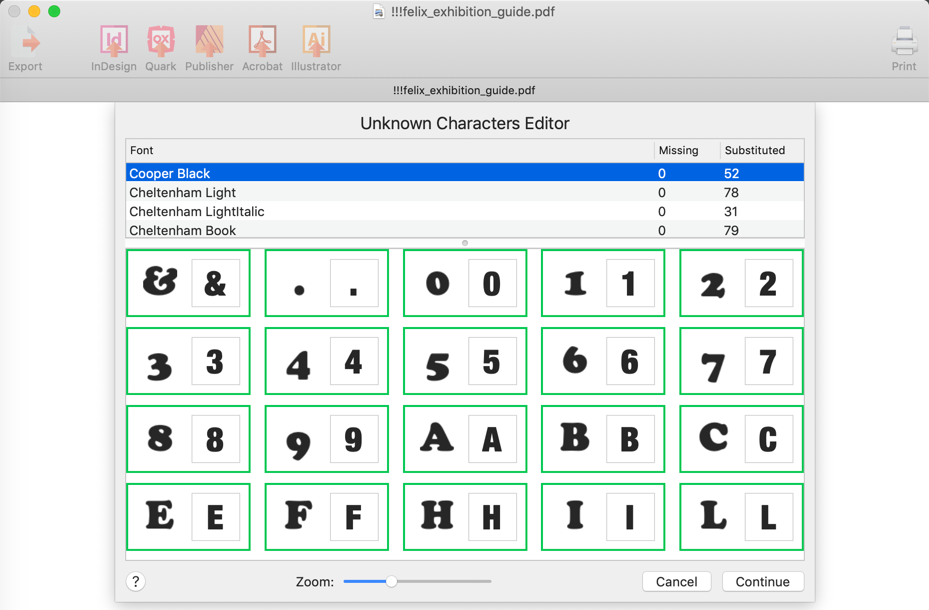 Following is a sample of a before and after of the same document. As you can see having a page full of tildes (~) is not very useful. Once you edit the Unknown characters, and then click the Continue button, your document will now appear with the substituted characters thus creating readable text.