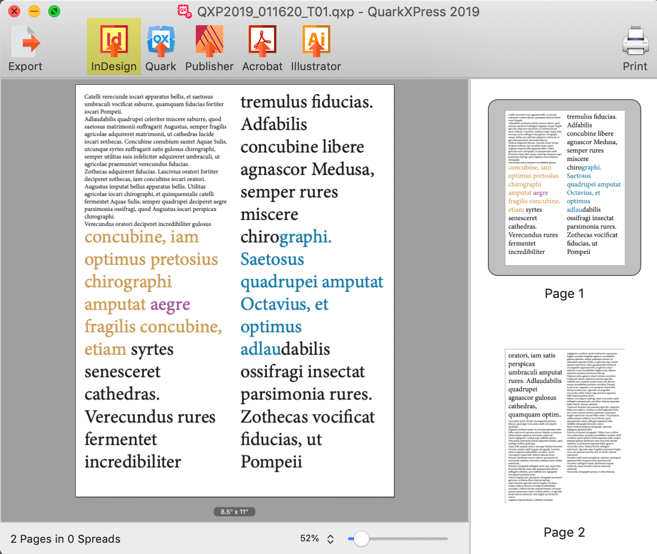 Open in InDesign attempts to open the currently viewed file in the default version of InDesign set on your system. If you do not have InDesign loaded on your system, you will see an error message.

!If you wish to force QXPMarkz to open InDesign files in a specific version of InDesign, use either the “Automation Preferences” or the “Export as IDML feature”.