How Do You See Printed Material in the Next 10 Years?

How Do You See Printed Material in the Next 10 Years?

Future of Printing – Where will printed material be in the next 10 years?

Markzware sat down with Dave Jankowski, who has been working in advertising for 36 years, to ponder the future of printing over the next 10 years, including the role of preflighting with Markzware’s FlightCheck and the graphic arts industry. In this post, Jankowski shares with Markzware his views and where he feels print may be within the next 10 years.

Jankowski began his career in 1974 after graduating from Ferris State University with a degree in commercial art. Starting out as a keyliner/layout designer for an engineering firm in his hometown of Jackson, Michigan, for three years, he moved on to become the layout design/art director at Wilding, a division of Bell and Howe, designing various forms of literature for Ford and Lincoln Mercury. Working with such popular clients as GM Truck, Coach, Rockwell International, Champion Motor Homes as well as many other industrial clients, Brewer Associates is where he landed and has been there for the last 26 years as the executive art director. 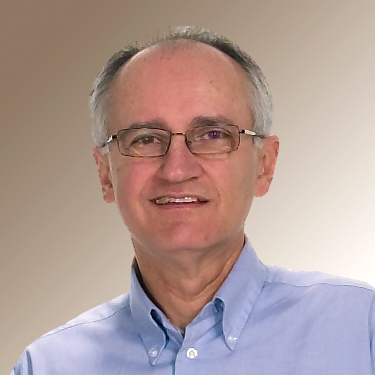 How do you see printed material in the next 10 years?
The future of printing has yet to be determined and printing has been unsettling within the last several years. Markzware has seen the changes with a lot of newspapers no longer being published and printers closing down as business declines. But with this change we have to keep an open mind. Will print just stop? Will we no longer be heading to the store and picking up our favorite magazine or no more newspaper in the driveway to touch and turn the pages? Will we just hit the Internet for whatever source of information we need from now on? Maybe or maybe not.

Print is evolving
Jankowski, who has been in the printing industry and has seen the many changes through which it has gone, expressed, “Over the many years that I’ve been in advertising, designing ads for an industrial market, I’ve witnessed a huge decrease in page count with publications. Eblasts appear to be the next advertising media that are being used instead of creating print ads or direct mail advertisements. Computer technology and the Internet are developing so fast in many ways that you’re able to have the news as it happens.  I think people will be using their computers, Apple iPads or for that matter cell phones to find what they want to read. Evidence of newspapers across the country are changing in this direction too.”

What? No more print?
Markzware listened as Jankowski explained, “it is very hard to predict where the printing industry even will be in the next 5 years. I don’t think print will ever go away, but I feel that there will be a lot less of it. There have been signs already that printing has decreased because of PDF files that can be downloaded from their client’s website. Quantity levels have dropped off because of this. It will take a lot longer than 10 years before printing may diminish completely, but I still feel that there will be a market where people need to have the printed source in their hands.”

Share your thoughts
The future of printing is interesting to Markzware and we would like to hear your thoughts on it. Please share your comments with Markzware on where you see the print industry heading in the next 2, 4, 5+ years in printing’s future….

Pinterest
Tags: graphic arts, Markzware, Markzware FlightCheck, PDF, preflighting, print, printers, printing
Title: How Do You See Printed Material in the Next 10 Years?
Published on: May 24, 2010