InDesign CS6 users can learn how to convert InDesign CC-CC 2018 to CS6 via MarkzTools for InDesign plugins by Markzware:

Markzware successfully innovates, to develop a number of file conversion products and other solutions for print, publishing and graphic arts users. An InDesign plugin by Markzware can help your InDesign CS6 workflow to handle InDesign version differences and to meet standards and deadlines.

Export your InDesign CC content from InDesign CS5-CS6, for publishing, today! Get more details, by watching this video about the MarkzTools for InDesign plugins:

It’s easy to use MarkzTools for InDesign. Just go to the MarkzTools menu, select “Convert InDesign Document”, and select the InDesign document that you want to convert.

The Annual Subscription gives the user 1 year of the use of MarkzTools for CS6, CS5.5 and CS5 Mac on a single computer. This includes all updates and upgrades during that year, starting on the date of purchase. After the year is over, users can renew their subscription to continue using MarkzTools.

MarkzTools is a software bundle that comes with two utilities for you. A plugin extension and a stand-alone application. The InDesign plugin for CS5, CS5.5 or CS6, works right within the Adobe application. The stand-alone application does not even need InDesign on your machine and works on any modern Mac. Both the stand-alone Mac application and the plugin can be used by any License holder of the very affordable MarkzTools2.
– pijnacker01, InDesign user & reviewer
Source: https://steemit.com/indesign/@pijnacker01/indesign-version-woes-how-to-use-higher-version-indd-documents-in-lower-versions-of-the-application

Markzware‘s MarkzTools has many helpful features
1. The “Convert InDesign Document…” menu item supports file conversion of multiple versions of Adobe InDesign.
2. The Help menu displays:
• MarkzTools for InDesign version installed on your system.
• Online Manual button to take you to a page where you can access the MarkzTools manual.
• Support Website button to take you to Markzware’s Trouble Ticket form.
• OK button to close the MarkzTools Help window and take you back to InDesign.
3. Support for several languages, including English, French, and German.

MarkzTools for InDesign’s main window and straightforward interface help users to streamline the Adobe InDesign workflow. MarkzTools has a file conversion system that provides the user with options and allows the user to move more quickly toward finishing the job. 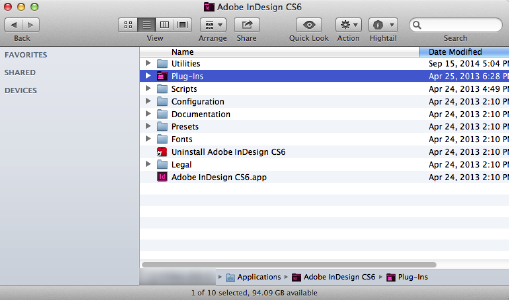 You can also convert InDesign CC versions to certain other InDesign CS versions, as well. With MarkzTools for InDesign, it is a simple matter to produce data in the InDesign CS5-CS6 format you need.

Caspian Kidd on InDesign CS6:
The Content Collector is another powerhouse trick for busy production staff. Choose this tool – the only new icon in the Tools palette – to show the Content Collector window, then click on items to add them to it.
Switch to the Content Placer tool and you can place them back on the page in the order they were collected. This is perfect for copying lots of items from one document or layout to another. They don’t stay in the Content Collector when they’re placed again, so this feature doesn’t replace the Library for storing master copies of items. Think of it as visual copy and paste on steroids.
Source: https://www.techradar.com/reviews/pc-mac/software/graphics-and-media-software/desktop-publishing-dtp-software/adobe-indesign-cs6-1080522/review

Markzware makes it easy for CS5-CS6 users to work with InDesign Creative Cloud content. MarkzTools for InDesign allows these users to convert InDesign CC or higher files to CS5, CS5.5 or CS6, without an intermediary IDML file.

The Annual Subscription gives the user 1 year of the use of MarkzTools for CS6, CS5.5 and CS5 Mac on a single computer. This includes all updates and upgrades during that year, starting on the date of purchase. After the year is over, users can renew their subscription to continue using MarkzTools.