Q2ID, the Adobe InDesign plugin from Markzware to convert Quark to InDesign, is a “10,” according to this graphic designer: 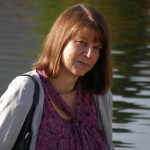 In this industry, it is important to stay nimble and ready for change in order to be competitive in today’s world of graphic designers. “It was late in 2011 when I transitioned over to InDesign for a project that I was working on. The owner of the magazine which I work for switched printers and this new printer preferred using Adobe InDesign. I thought it would be a great career move opportunity to learn and gain expertise in another design layout program.”

Lill did a search on the Internet after a designer friend had informed her of a conversion product that Markzware published called Q2ID. “I searched the web and when I first looked up Markzware, there wasn’t a version that would convert QuarkXPress 9. I was dreading the time this conversion would take, but I was suddenly so relieved when this project got started and found out that Markzware indeed had developed a version for Quark 9. In the beginning of the conversion, I used it every day for a month as I took previous Quark templates and converted them. After spending years developing style sheets and templates for stories that I used every month, it was a lifesaver. It was relatively seamless and reliable. Once I did the conversion, I easily continued on with production in InDesign.”

Regarding working efficiently and intelligently, Lill summed it up as an independent graphic designer, “I would most definitely recommend Q2ID to any creative professional. Time is money and my time is too valuable to recreate the wheel, so to speak. All the hard work that goes into your Quark documents can be saved and translated into InDesign. Q2ID from Markzware is a 10 in my book.”

Q2ID, the Quark InDesign converter from Markzware, is rated a “10” by this graphic designer. Check it out to see why. Q2ID can convert QuarkXPress 9 and under to Adobe InDesign CS5.5, CS5 or CS4, and is available online via the Q2ID page.