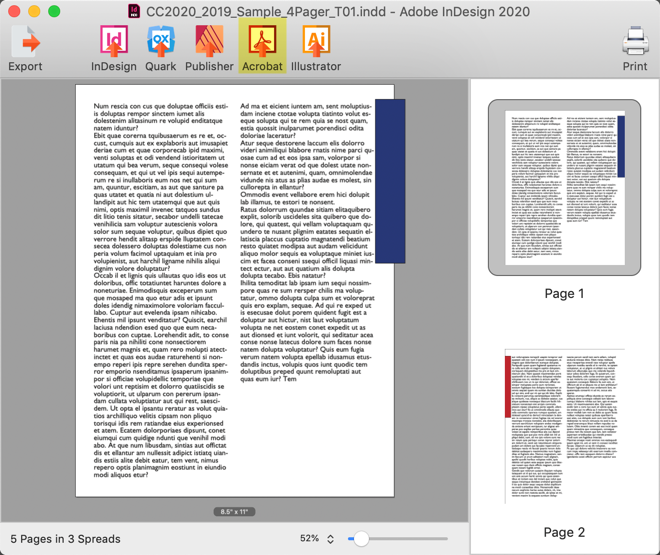 Open in Acrobat will create a PDF and then attempt to open it in Adobe Acrobat. While this may not sound very useful, the PDF created by IDMarkz is not an ordinary PDF, as regardless of the version of InDesign for your file, the resulting PDF sent to Acrobat can be annotated in Acrobat DC and those annotations can later be coupled through InDesign CC 2019 or later’s Import PDF Comments feature and used with the older InDesign file.
Following is an example of how this would work-

(here’s a movie showing the above process).

*If you require your original InDesign file to remain CS6 compatible, you should make a duplicate of it before opening it up in InDesign CC 2020.

* Should you accidentally Save over your original InDesign CS6 file while working in InDesign CC 2020, you can then use IDMarkz to create an IDML file from the CC 2020 version of your InDesign file and open that IDML back up in CS6.