Need to open InDesign in an earlier version of the popular page layout program? You can use an app to access Adobe InDesign (INDD) content designed in Creative Cloud (CC) and higher versions, within a lower version InDesign file.

Markzware maintains an enduring vision for the continuing development of its product line. MarkzTools2 is a solution that can be used to open and modify documents created in a newer version of InDesign, including CC, CC 2014 and CC 2015, in older versions of InDesign.

You can edit InDesign Creative Cloud content in InDesign CS5, InDesign CS5.5, or InDesign CS6. See how, in this MarkzTools2 demonstration video:

Markzware’s MarkzTools2 is a stand-alone application that converts InDesign documents into IDML files and can be used to open a newer version of InDesign in an older version.

MarkzTools2 Benefits
• is easy to use.
• is a single solution for file conversion, eliminating the need for additional InDesign to IDML conversion software.
• is versatile enough to open a range of later InDesign versions in a range of earlier versions, as well as to convert InDesign files to IDML.
• saves the time it would take to complete a time-consuming, manual document conversion.
• allows you to keep, replace or rename the original IDML, as well as the new IDML generated by MarkzTools2.

MarkzTools2 includes foreign language translations in its menus and windows. Your workflow can use popular language settings for making selections to open and convert InDesign versions.

It’s super easy to convert a newer version InDesign file to IDML, readable in an older version. Just drag the document icon to the main window in MarkzTools2! 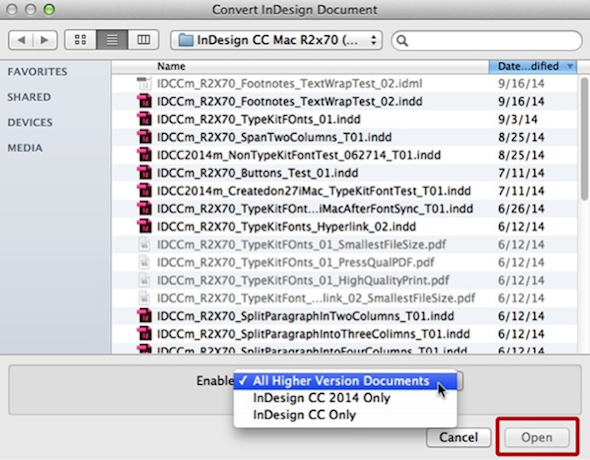 MarkzTools2 can batch convert multiple InDesign documents in a folder to IDML. You can even choose or create the folder in which to create the IDML.

MarkzTools2 can create low-res previews (not mere “gray tint boxes”) as image placeholders. It is also a fast way to create an IDML, without having to wait for a server to return your document.

MarkzTools2 can be used as a backup tool, to protect against future document corruption. You can create a backup file, without having to install or run the Adobe InDesign program on the computer that you happen to be using at the time.