Does the following scenario sound familiar? You are working in Adobe InDesign CC (.INDD Creative Cloud) and someone in the workflow gives you a QuarkXPress (.QXP) file. Do you have conversion software that can handle Quark to InDesign CC file conversion?

Open QuarkXPress in InDesign CC! Learn more, in this video about the Q2ID Adobe CC plugin:

Markzware’s Q2ID InDesign CC plugin (in the Q2ID bundle) can convert the QuarkXPress fonts, images, colors, and other details into the Adobe InDesign format for Creative Cloud, plus other InDesign versions.

Layers created in Quark seem to work perfectly well in InDesign, the colors and layer names are even maintained! … Items that were locked in my Quark documents stay locked in InDesign. … When I converted my QuarkXpress documents to InDesign, all the images were in their proper places. Very good! Text also transitioned well. If you’re missing fonts, you’ll get a pretty standard replace fonts dialog box and have a chance to fix them before getting into the document. … the Q2ID plugin … is actually quite reasonably priced when compared to other such complex plugins. It’s certainly less time consuming that rebuilding your Quark files in InDesign. If you have a lot of files to convert from Quark to InDesign, I think the $200 investment is well worth it.
Source: Q2ID plugin review on creativecurio.com

1. Convert QuarkXPress® Document… displays an Open File window asking you to locate the QuarkXPress file to convert. Note: Q2ID supports file conversion of QuarkXPress files (including many paragraph border and paragraph shading features found in QuarkXPress 2018) to InDesign CS5-CC 2018 Mac and Win.
2. Help… displays a small window with a few helpful options:
• the version number of Q2ID you are running.
• link to the Q2ID online manual (takes you to the online Q2ID manual).
• link to the Markzware Tech Support Request Form (takes you to the Markzware online technical support form).
3. Conversion progress bar helps you to track the file conversion process.

You can use InDesign plugins to enhance InDesign with features suitable for your design. It only takes a moment for Q2ID to open QuarkXPress in Adobe InDesign CC for INDD workflows.

Jay J. Nelson on font menus in InDesign CC:
InDesign displays fonts that contain that string of characters anywhere in their name. This makes finding bold, extended, or pro fonts much easier, and it helps with finding fonts that have similar names, such as ITC Garamond and Adobe Garamond.
Source: https://www.macworld.com/article/2042889/review-indesign-cc-boosts-epub-features-font-menus.html 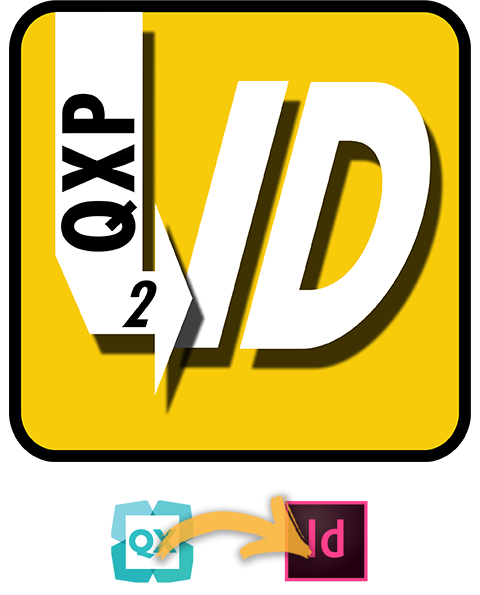