Markzware's Q2ID and Maharishi University of Management are universally used

Markzware’s Q2ID and Maharishi University of Management are universally used 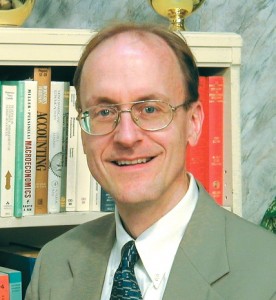 Markzware: What types of print and/or electronic media are you responsible for producing?

Pearson: I recently completed a book related to our approach to education.

Markzware: What are some of the key creative applications that make up your print workflow now? Obviously, you are using QuarkXPress in some way.

Pearson: I had initially created the book in Quark 6, in the Apple Tiger operating system. This is a book of about 700 pages, 8 1/2 x 11, full color throughout, and very graphics intensive, with hundreds of photographs, call-out quotes, charts, tables, etc. Fortunately I was able to find a printing company that could use this now older software and operating system. But, obviously, one needs to keep pace with changing software and systems. When I tried upgrading to Quark 7, there were major problems with certain fonts, text flows and tints. When I tried using Quark 6 in the Apple Leopard operating system, there were similar problems.

So to prepare the book for the next edition, I needed to do something different. Three or four months ago, at the suggestion of my designer, I bought Markzware’s Q2ID and converted the files to InDesign.

Markzware: How has the Q2ID Adobe InDesign plugin worked for you? How does it enable you to bring QuarkXPress files into InDesign and is the process easy/seamless?

Markzware: Have you encountered any problems with data conversion? And if so, what types of issues have you run into?

Pearson: Just a few, and the same as others seem to run into. Sometimes the lines broke differently and created an extra line in a paragraph. This has taken some time to fix but has been simple and straight forward. In one of the four files that comprise the book there is now a considerable amount of pasteboard space around the 2-page spreads (possibly due to a stray guide in the pasteboard space of the Quark file – I haven’t checked), but this is not a problem.

Markzware: Generally speaking, was the investment in Q2ID worthwhile? Have you been able to justify the expenditure, and if so, how quickly did it pay for itself?

Pearson: Definitely worthwhile. I haven’t measured the payback, but I am happy to have the files in a format that has become the standard at our university and is universally used.

Markzware’s Q2ID and Maharishi University of Management are universally used