See High Resolution InDesign file previews, when you resave INDD files via Markzware‘s ID Util for macOS app, which is free on the Mac App Store:

As an Adobe InDesign user, you likely want to be able to distinguish between variations of your current graphic design project. An application available at the Mac App Store can provide high resolution previews, to help you.

Markzware develops exceptional software to help you manage your valuable print, publishing, and graphic arts content. Markzware’s ID Util for macOS is an app that allows you to preview InDesign pages, as well as InCopy and IDML files. If you have InDesign present, you have the ability to generate high res previews of your documents through ID Util.

The “Resave HD” feature to generate high image resolution for previews is below the file version section in ID Util’s main window. Learn more about Markzware’s free previewing app for InDesign CC, InDesign CS6, and other files, by watching this video:

When you view an InDesign document’s previews with Markzware’s ID Util for macOS, you will see the Resave HD button in the Toolbar. Clicking this button, while InDesign is installed, will start the process of resaving the current document with High Resolution preview for all pages.

How to Resave InDesign Documents with High Resolution HD Previews, via ID Util for macOS
• Markzware ID Util’s Resave HD section is in the upper right of the Preview window, just below the file version section. This feature requires an appropriate version of InDesign to be loaded and active on your computer.
• When viewing a document’s previews, with InDesign set up on your system, click the “Resave HD” button in the Toolbar. The button is active only for InDesign files. Clicking it will start the process of resaving the current document with High Resolution previews for all pages.
• ID Util will attempt to start up the appropriate version of InDesign and create high resolution previews (1024 x 1024 pixels) for all pages in your InDesign document. This feature overwrites the original document. Since there is extra preview data involved, the file size will increase.
• If the resaved document has missing images, InDesign’s “missing links” message will pop up. Click on either the “update links” or “don’t update links” button, to continue the Resave HD process.

Resave HD InDesign CS6 or Higher Page Previews! When you click on the Resave HD button, ID Util will attempt to start up the appropriate version of InDesign and create high resolution previews (1024×1024 pixels) for all of your INDD document’s pages.

Glad to see CC2018 Support
The free functionality of this utility is great for adding quickview support to my InDesign files. The update supporting CC2018 will make it easier for us to update our files with the HD res preview. I know max-resolution previews embedded can add some bloat to the InDesign files, but it’s been a huge boost while collaborating with my non-InDesign using peers. Project managers love that they can “peek” at a file’s content without asking me to open the file for them (I try not to take that personally). I only wish there was a way to batch update my files to have the HD preview embedded on older files without also updating the InDesign version. Thanks, Markzware!
– InDesignEnthusiast, ID Util for macOS reviewer

ID Util for macOS Benefits
• is simple to operate.
• lets you preview files from a range of Adobe InDesign, IDML and InCopy versions.
• is free on the Mac App Store and does not cost anything to preview these files.
• gives you the option to transfer previews.
• displays the InDesign version in which the file was created. 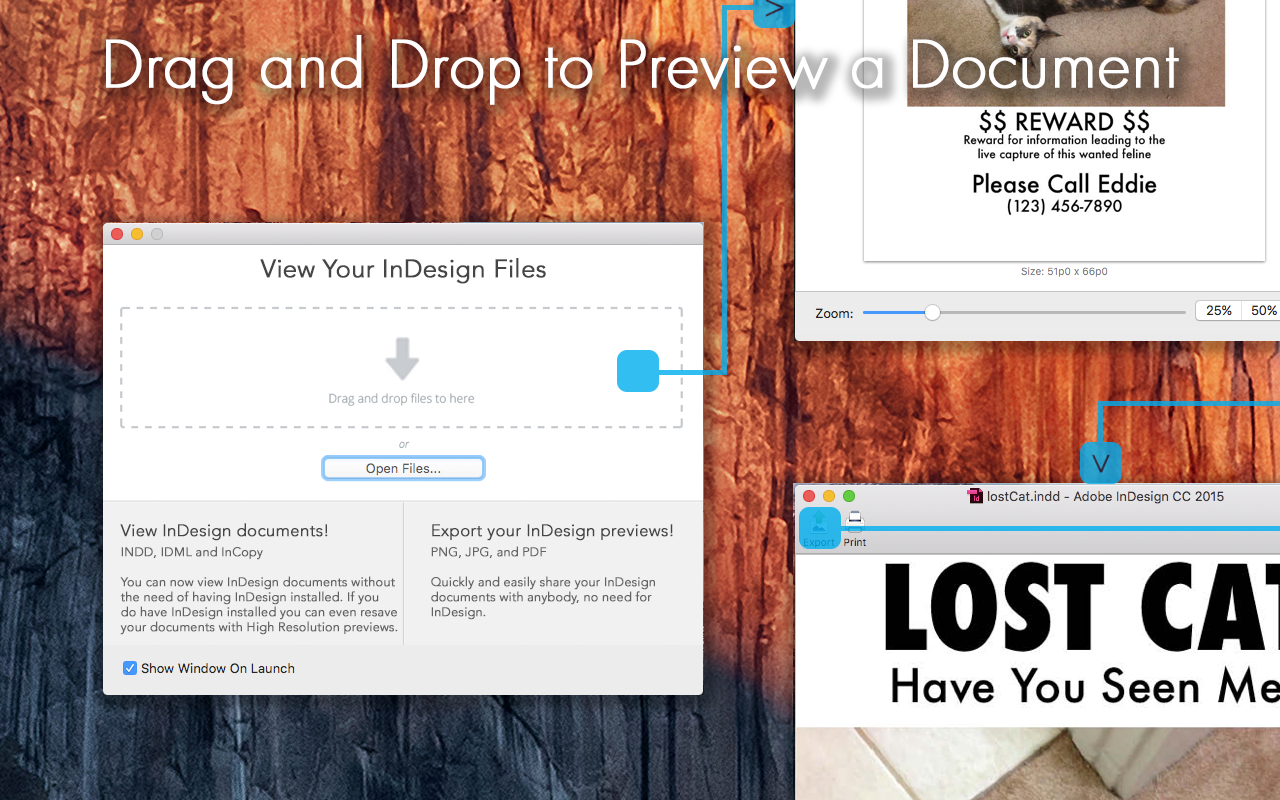 Markzware‘s ID Util provides a number of helpful features, including:
• Preview Adobe InDesign, IDML and InCopy files (CS6 through CC 2018).
• Export Previews as PNG, JPG or PDF.
• View styled stories from InDesign files.
• View previews of linked images.
• View a list of used fonts.
• View the document version (what version of InDesign was used to create the document).
• Print the document previews.
• With InDesign on your machine, resave the document with High Resolution previews of all pages.

The Resave HD feature requires a suitable version of InDesign to be running on your computer. Although the this feature may work on older InDesign versions, it is supported on InDesign CS6 or higher.

By default, InDesign uses a low-resolution thumbnail, also know as a proxy, to display the image in the layout. However, you’re not stuck with this low resolution preview.
– Eugene Tyson, Senior Graphic Designer
Source: https://indesignsecrets.com/high-res-image-look-low-res.php 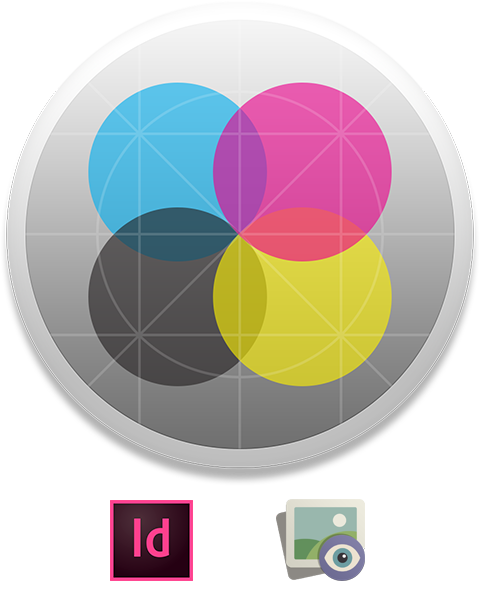 After running the Resave HD feature, the resulting InDesign file can get large, as all pages will now have previews. To reduce the file size, go into InDesign and set the previews for a specific number of pages, then resave your document.

Download ID Util for macOS for Free
You can visit the Mac App Store and download the free ID Util app for your macOS device. See more solutions for Adobe, InDesign, macOS, and more, on the Markzware Products page.