Convert multiple PDFs to InDesign files! Markzware shows how to batch convert PDF to InDesign, via the PDF2DTP InDesign plugin:

If you are in an Adobe InDesign-based workflow, you may receive PDF files, yet have a demand for high production. Conversion software can make it possible for you to convert PDF to InDesign, for editing and distribution.

Markzware is pleased to offer customers high quality conversion tools that can help printing, publishing, and graphic arts users. Markzware’s PDF2DTP is conversion software that can convert PDF file to InDesign file, as well as batch convert several PDF files at a time.

Software can make document conversion easy for your organization and allow you to get structured data from one file format into another format. See how to perform bulk file conversion from PDF to InDesign, as demonstrated in this PDF2DTP video:

Using file conversion software from Markzware can save time in workflows that need to edit PDF files in InDesign. PDF2DTP can allow your organization to transform PDF content, so you can produce documents in InDesign CS6, CC, and other InDesign formats.

To Batch Convert Multiple PDFs to InDesign Files, using PDF2DTP,
• Click the Markzware menu item within InDesign.
• Click PDF2DTP.
• Select “Convert PDF…”.
• Hold down the Command key as you select the PDFs, then click Open.
• You can also specify a page range, set conversion options, or view the help/about window.

Markzware‘s PDF2DTP can help InDesign users to generate numerous INDD documents, without rebuilding the artwork from the PDF format. Your workflow will be able to produce numerous InDesign documents, using documents that were originally in PDF.

“I can see extra uses for this. I think it is like most of these handy plugins, you find uses for it, as you go along. What I found interesting was the moment I installed the beta of PDF2DTP for InDesign, is that I had two real jobs and then when the beta expired I had another two jobs. So I got to experience the difference between using the plugin and not. PDF2DTP does save time, yes. I was very happy.”
– Glen Saville, book designer/art director, http://glensaville.com/

Advantages of Using PDF2DTP:
• handles effective, accurate PDF to INDD document conversion.
• extracts images embedded or placed in PDFs.
• can help to improve revenue.
• helps users to protect intellectual property.
• saves effort, since the PDF does not have to be reconstructed.
• saves time, by converting via software, rather than time-consuming, manual document conversion.

Some amazing capabilities of PDF2DTP are:
• batch convert multiple Portable Document Format files.
• to create proper “GoTo” Hyperlinks, as well as twist-down folder sub-sections, for Bookmarks.
• allows you to select and convert all pages in a PDF file to InDesign CS6 through CC 2017.
• lets you select which glyph (a character as displayed in the document) to use for a missing glyph.
• shows the version number of PDF2DTP for InDesign you are running, the link to the online PDF2DTP manual, and the link to the Markzware Tech Support Request Form.
• allows you to specify a range of pages to convert.
• enables you to set certain parameters and options for the conversion of PDF files.
• lets you to track the PDF to InDesign file conversion process. 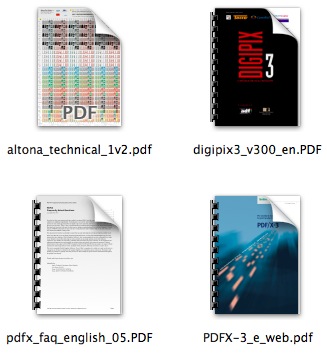 Document conversion can benefit small and large DTP workflows. But which PDF to InDesign conversion solution is right for your workflow?

PDF file conversion to InDesign is not limited to only PDF files as the source file format. PDF2DTP can also convert WWF and Adobe Illustrator files.

Timely document production in the appropriate format can make a significant contribution to revenue. You can convert PDF files to InDesign files, in minimal time, via user-friendly file conversion with PDF2DTP.

For more information on this PDF to InDesign plugin, please see the PDF2DTP page. More document conversion tools are available, via the Markzware Products page.